GRID Nepal has established a Solar Agro Enterprises in Ichhyakamana-6, Chitwan (Chepang Village) on June, 2018. This program was supported by Lumbini Bikas Bank Limited. Two Solar Conduction Dryer were installed at Admara Village. GRID Nepal has also shared knowledge on Renewable Energy based technology and its processing unit to the chepang communities. In this context GRID Nepal has linked up market to their agro product (Introducing local brand to national and international market) in coordination with Rasanpani Private Limited.

GRID Nepal in collaboration with DAP, Australian Embassy and Gulmi Darbar Rural Municipality is implementing the project entitled "The Application of Solar Water Pumping for sustainable development of Agriculture at Charkhutte, Balithum, Gulmidarbar Rural Municipality, Gulmi District, Nepal" . The project started on November 2018 and will end on December 2019. The main objective of the project is to increase agriculture productivity using Solar PV energy through irrigation and enhance the livelihood of the locals. 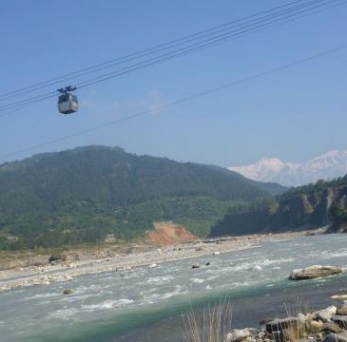 KATHMANDU, May 5, 2005 — After a day-long event in Patan Durbar Square, in Kathmandu, the Nepal Development Marketplace 2005 concluded today with the announcement of the 20 winners who will receive a grant award of up to 1.4 million Nepalese Rupees (US$20,000). These social entrepreneurs will use the seed money awarded today to test their innovative ideas and partnerships on how to improve basic service delivery in conflict-affected areas of Nepal.

“We are all winners today,” said Praful Patel, World Bank Vice President for the South Asia Region, during the opening ceremony of the national competition that brought together 40 finalists from all over the country to display their innovative proposals in Patan. “This competition is about rediscovering and rekindling that enterprising fire in you. It is about daring to challenge jaded mindsets and to contest conventional wisdom. It is about thinking ‘out of the box’, and about coming up with solutions that may not appear so obvious in the first instance. Above all, it is about Nepal and her international friends finding meaningful ways to continue serving the neediest of Nepalis.”

Forty innovative ideas and inventive partnerships from across Nepal have made it to the final round of Nepal Development Marketplace 2005. The finalists presented their projects at kiosks set around Durbar Square in Patan for a day-long event. A select group of 36 independent jurors from different sectors, personally interviewed all 40 finalists and, based on strict criteria and deliberations, came up with the final list of 20 winners. The remaining 20 finalists also received a grant of 20,000 Nepalese Rupees (US$300).

Rajesh Hamal, a popular Nepali actor was part of the jury. “The Development Marketplace is a brilliant idea, and it should be done on a regular basis. It is especially important for reaching poor people living in conflict-affected areas who can get an opportunity to be uplifted from very difficult living conditions.”

Some of the winning proposals ranged from an array of sectors, including empowerment of women, food security, access to water and sanitation, health, and education. For example, one of the winners was a project to design, fabricate, and erect a mechanized bridge over the Seti River, connecting farmers living in a remote village to traders and road access on the other side of the river.

The event also included a Knowledge Forum, which was open to the public and generated a lot of interesting debate. The forum presented an opportunity for participants to network among themselves and exchange their ideas and views on development.

The Nepal Development Marketplace 2005 was a six-month-long process created to generate fresh thinking about the delivery of basic services to the poor, living in conflict-affected areas in the country.

“The competition’s theme was especially relevant, and it focused on delivering basic services in conflict-affected areas,” said Ken Ohashi, World Bank’s Country Director for Nepal. “On the backdrop of the recent turmoil in Nepal, the Marketplace offers an opportunity for entrepreneurial social thinkers to find new ways of delivering basic services to those who are in dire need. In addition to generating fresh thinking, the competition and the process it entailed hopes to achieve and leave behind an open, competitive and transparent instrument of grant-making that His Majesty’s Government and Nepal’s international development partners could use when promoting innovative, deserving, and partnership-based programs of service delivery for the direct benefit of Nepal’s neediest communities in the days to come.”

According to Madan Rai, one of the winners who presented his proposal for the establishment of an Agriculture Resource Center in Khotang, the Nepal Development Marketplace is a great idea to bring social entrepreneurs together. “I am really pleased that the process was so transparent and fair; it proves that even uneducated people in remote areas can be innovative and come together to share their ideas” he said.

Nepal Development Marketplace 2005 is modeled after the Development Marketplace that the World Bank Group sponsors globally, which has been described by the Harvard Business Review as “best practice.” In Nepal, another important objective of the contest is to help institutionalize an open, competitive, and transparent instrument of grant-making that Nepal and her international development partners could emulate in promoting innovative, competitive, and partnership-based programs in the future.

An intensive, nationwide media campaign during the months of November and December last year produced 1,137 eligible entries by the time the call for proposals closed on December 31, 2004. Since then, a technical team composed of over 50 development practitioners, sectoral experts, and journalists from Nepal and abroad screened and ranked all proposals against a set of assessment criteria and narrowed down the most promising proposals to a shortlist of 245. The criteria included innovation, partnership, sustainability, replicability, impact, and cost-effectiveness. The technical assessors then gathered for a workshop in March to further evaluate the 245 short-listed proposals against the same set of assessment criteria. During the first session, team members chose the top 80 proposals. In the second session, they selected the top 40 proposals for graduation to the national competition which concluded today with the announcement of the 20 winners.

All 40 final proposals, the 20 winners, and a description of the composition of the team of technical assessors are posted on the official Nepal Development Marketplace 2005 website at www.ndm.org.np. This website will be periodically updated to reflect implementation progress by the grant awardees and to showcase lessons of experience. Furthermore, all proposals that made it to the initial shortlist of 245 will also be posted on this website and can be searched by sector, location, and organization. Development partners and funding agencies will be encouraged to use this website to identify promising ideas about development and service delivery and to locate potential local partners.